The newsletter this week includes a favorite item from Mrs. Thatcher: 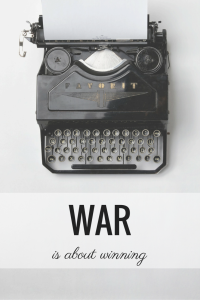 “Democratic nations must try to find ways to starve the terrorist and the hijacker of the oxygen of publicity on which they depend.”

A few weeks ago the Wall Street journal published an opinion piece worth a revisit. The original piece by Warren Kozak concerns the Real Rules of War. For those of us safely ensconced in our warm homes, it is easy to forget the brutality and the . . . well, the point of war.

War is not war for the sake of fighting. That’s why god created hockey. And football. And rugby. Mostly rugby. If you want to beat the tar out of other people and there’s not a local Fight Club, go join a rugby team. Expect many broken things. And beer.

The point of War is that you won’t have to keep fighting.

Beat your opponent so soundly that all fighting stops. WIN. This doesn’t happen when one side runs out of money . . . 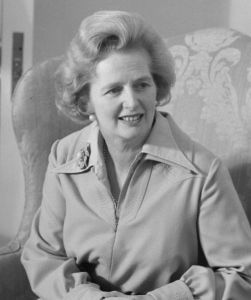 because that is a temporary condition. If there’s still a chance, no matter how slim, they can beat you they may go underground for a few years or even decades, but they will be back. It is not sufficient to call game over.

You must win. Totally and completely. Because the other side won’t stop until you do. If we want peace, we must go for the WIN. Not the draw.

Kozak points to a line in Paul Fussell’s memoir, which quotes British captain John Tonkin, “the Geneva Convention is a dangerous piece of stupidity, because it leads people to believe that war can be civilized. It can’t.”

You know what our “peculiar institution” is now, the public tendency to browbeat ourselves for having the audacity to stand up and fight back. Our modern media has enslaved us.