Causing Cognition: Getting Great – The Royal Road to Skill

Did you grow up believing that you have certain advantages and disadvantages? That your skills were basically predetermined?

There’s something to that, but it isn’t what you think.

Are your kids any different from the little prodigies?

If you grew up in a house of scientists, you may believe yourself to have a predisposition to science, same thing with musicians. It is no surprise that the next generation of Symphonic musicians come out of household where the mother and or father were in a Symphony. We commonly attribute this to genetic predisposition.

In 1997 Dr. Gary McPherson began a long-term investigation of new music students to determine why some students progress at a significantly faster rate than others. The results are impressive.

IQ, aural sensitivity, math skills, sense of rhythm, income level – NONE of these indicated the reason a child was a success or failure with an instrument. So he dug a little deeper. In the initial interviews with the kids, before the student even selected his or her instrument, Dr. McPherson asked how long the student planned to play the instrument. 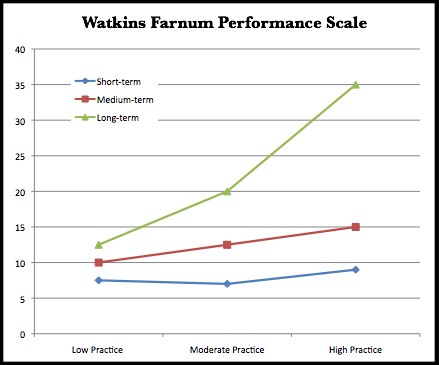 Those who saw themselves as musicians before they selected their instruments took a different intensity into practice than those who simply saw themselves as playing an instrument. So long-term commitment students practicing a mere 20 minutes a week had a considerable performance increase over their fellow students, even those practicing 90 minutes or more a week.

We do have a predisposition, but it isn’t genetic. Instead it is a knowing, a comfort and confidence that leads us to do the things required to fulfill that destiny . . . including the way we practice.

The takeaway: let your kid identify with the long-term commitment – being a musician, being an athlete, being a scientist, before sending her off to music/athletic/science camp.

(Thank you to Daniel Coyle for the inspiration)