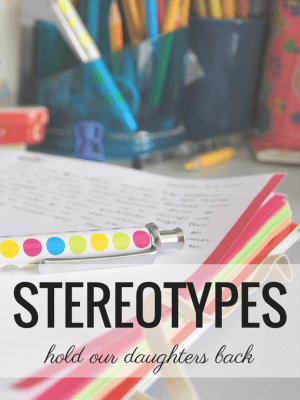 It’s a common refrain both from the mouths of males and females. Yet, what evidence do we have to support this? 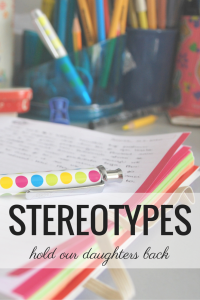 A former boyfriend even presented a LONG diatribe about the actual genetic reasons women are bad at math . . . but there’s just one problem. Namely, me.

The fact is, the hype surrounding the idea that women are bad at math is itself, bad math. If you look at the statistics from the experiments that indicate girls as less capable mathematically, they share one thing in common: they rule out the possibility that there is a social element in the testing. Even more telling, the fellas I’ve met who most loudly proclaim that women are bad at math, are themselves, not so good at math, or rather, not as good at math….

The one who presented the diatribe . . . explains how he won a math competition in high school. Dude, I won one in 3rd grade. Seriously.

Let’s bear in mind the realities of a 2 parent home…. Who is making the economic decisions?

Sure guys, of course you are…. Riiiiiight. Over 70% of all purchases for the home from toilet paper to chainsaws (you’ve seen the pink power tools) are DECIDED by the women. INCLUDING the flat screen TVs and Computers. That’s why computers now come in fancy colors. And none too soon.

Yeah, it’s the ladies making the financial decisions there too.

So how do you take this “girls suck at math” argument seriously?

Where is there enough common ground to make a valid point?

Alex DiBranco presents a new study from the University of Chicago that indicates girls identify with their weak female teacher role models. Okay, plausible. I don’t like it, but it is plausible.

So ask yourself this, if someone told you that your daughter is ugly. How would you respond?

Now what if that same person told you that your daughter is bad at math. How would you respond?

As families, why do we accept the notion that girls would be worse at math? There is no legitimate reason for this to be the case. But, 6th grade roles around and all of a sudden girls are expected to roll over. Is that what you want for your daughter?

Women outlive men, make the family financial decisions that have the greatest impact (daily decisions FAR outweigh investing decisions), and really, aren’t all that bad with numbers . . . when no one is watching. If you care about the economic decisions made by the 52% of this country who happen to be female, you may want to contribute some knowledge to the dames.

This is one (of many) iterations of my pi song, sung each time I bake pies. As LBJ would say, share early, share often.

Careful what you tell your children. They will believe you . . . until they realize you’re full of SH*T. And then they’ll choose your nursing home.

1 thought on “Do Girls Suck at Math?”