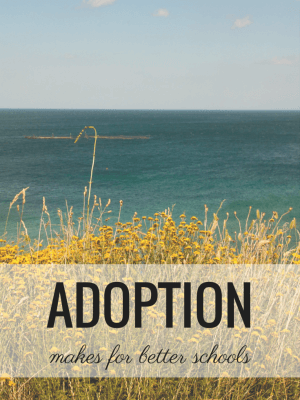 What would you do if you had another hour everyday? Could you get more done? How would you spend that time? In Chicago, the parents are raising money so their kids can spend an additional 1 hour a day at school. At a cost of $385 per student, per year, that breaks down to $2.13 per hour – the base wage of a waitress. 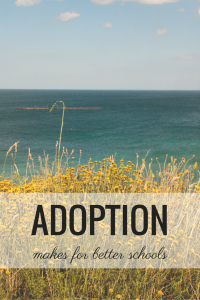 So parents who would otherwise be paying for childcare would save money by keeping the children at the school. To implement this district wide, Chicago parents would have to find $280 Million, but at $385 a child that is well within reach for some neighborhoods and decidedly out of reach in others. Can they bridge that gap?

When the Robin Hood plan took effect in Texas in 1989, we fought it vigorously and were able to stall it through other programs that would answer the original need without being as costly as Robin Hood itself (administrators were magically making 40% of tax dollars for education disappear, poof!). One of those programs was a school adoption program.

They were simply spending money on the right staff. And the “poor” school districts got to benefit from those best practices.

2. The warm fuzzy part, we also exchanged students. Delegations from each school swapped schools for a week each. We learned about each other and shared how we do things and learned how other kids do things. This served two purposes – we learned that kids are kids are kids, no matter where you go and we increased awareness of needs. For some of the wealthy kids it was life changing. If you’ve only ever heard about food stamps and you’ve never known someone who was actually on them . . . you have a very different perspective than when you meet a cool kid who you find out comes to school hungry. It can rock your world.

It was also eye-opening for the “poor” school district kids to see how much the “rich” kids work, everyday. The barriers of “that group” is just lazy fell away. The person-to-person connection was far more effective than the check from the State could ever be.

We improved both schools and the children’s lives.

This is what responsibility is all about. Caring for each other – locally. The state will never care for you like a neighbor can. Love thy neighbor.