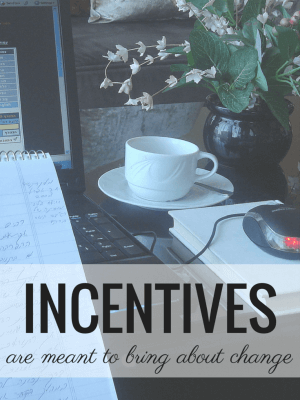 This post was sent to me and sadly I do not have the original link. This brings up the debate between the perpetuated myth of evil business and good education as though the two must remain mutually exclusive. Which reminds me, why do we educate everyone? 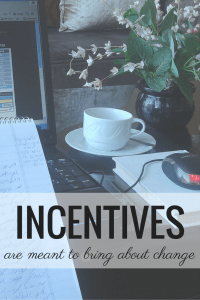 So, callous though it may be, I put forth that we educate the masses to reduce our cost of running the country – more people have the skills they need to care for themselves and to increase our potential for productivity –  educated people innovate more. Okay, now, I’m not claiming we do that well, but those reasons are perfectly respectable.

Despite $300 million being handed out to teachers as part of the Governor’s Educator Excellence Grants, the program has had an inconclusive impact on student achievement. The evaluation paints an even murkier picture in its conclusion that performance pay led to a “weakly positive, negative or negligible effect.” The money was handed out over the course of three years, given to teachers in high-poverty schools. The good news though was that teachers liked the money and liked the program, even when they didn’t win the bonus.

Diane Ravitch at EdWeek uses this study to frame a general discussion of Obama’s education policy. She fears that despite this report’s conclusions being weak, and despite a lack of evidence, too many school districts, and too many people in Obama’s administration are pushing ahead with their agenda anyway — for both performance pay and wider measures. They poke holes in studies rather than accepting their findings as inconclusive and accepting that inconclusive grounds are not grounds on which to build comprehensive and risky reforms.

Ravitch further fears that the Obama administration’s education vision is more business plan than education strategy. This is clear in many districts with an appointment to the Chicago public schools system of an uber-technocrat who’s experience is perhaps more suited to management and business than education. Same for the new Ed Tech director, who many fear is too close to business. These people are keen on helping run schools as better businesses and ensure the money that is available is spent well, but Diane Ravitch is right to be discouraged by educational leaders shunning evidence in the hope that half-blind drastic reform will lead to higher quality teaching.

Are you joking, you’ve measure results over 3 years? You have the same teachers in the same districts, there isn’t much ability to demonstrate results. The point of paying teachers more – despite, I agree weak evidence that higher teacher pay gets better student results (because of the way the studies are designed to MEASURE that… ahem), is to draw talent to the field of teaching who would otherwise not teach.

The Unions have been the drivers behind keeping strict “standards” of teaching, which appear to be based more on willingness to acquiesce to the union’s status quo and less on excellence. If you have time and talent to teach, but not a certificate of teacher-ship, which is really just a trumped up piece of paper saying you endured pedagogy lessons from someone who’s only ever taught pedagogy (think about that for a moment – it’s like having a virgin teaching sex ed), you can’t get into teaching. You are specifically excluded.

And really, if you have talent, you look a the pay scale and think . . . gee whiz, I could teach for $45,000/year (tops) working 60 hours a week, putting up with whiny parents, the politic of school boards, and other assorted irritations, or I could be a scientist/business owner/private tutor where the market sets my rate.

The unions block talent. The unions have outlived their useful lives in the profession of teaching. Instead of creating value they create overhead and prevent local communities from responding to the communities’ needs.

How do you feel about this?