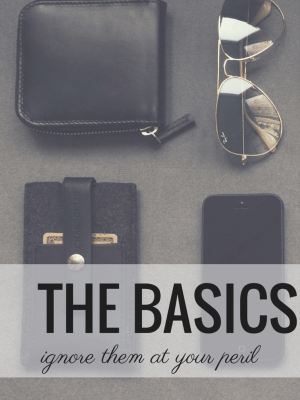 If you do some digging at katemckeon.com you will discover that I am a fan of outsourcing. Who wouldn’t be? Get the best talent to do the best work at the best price. That at least is the mantra of outsourcing . . .And oftentimes, outsourcing a project works. But then there are times it doesn’t. And worse, times that it horribly fails. These are the examples we cling to in our protectionist moments, but the reality is, projects fail whether they’re done in Iowa or Indonesia. Sometimes, projects just fail. And sometimes people fail . . .. . . at a project.If you’re still living, you have succeeded at something. Your body has figured out how to do a million different tasks, perfectly coordinated to keep you living. So it’s not that people fail, but projects certainly do fail. All the time. 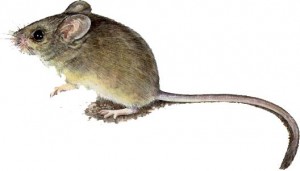 A friend who shall remain nameless recently shared a few of his ebooks with me. He has these crafted for him by ghost writers. What he does right is that he gets stuff done. Volumes of stuff. Where we differ is the quality control. Most of the books were written in barely passable English. And they were written for a very low-level learner. In other words, they are not ebooks you would ever share with any friends, family or clients. They are the kinds of ebooks you would give away to someone who you do not wish to have a relationship with . . .But who is that? When you are in business, is it worth your time to spend any effort on work for those you do not wish to retain? That may depend on your business. If you have low price point products, or products that do not require the consumer to be plugged in, maybe it doesn’t matter what quality you put out. Ebooks are largely a lead generation tool for a backend product or a way to test market interest in niche subjects. The “word of mouse” line comes from one of the books. If you have heard of WOM – Word of Mouth, also known as word of mouth marketing, Word of Mouse may sound cute – like a play on words. Unfortunately, it did not appear to be a play. It appeared to be a misunderstanding between someone who was speaking and someone who was writing. If the quality of the book doesn’t matter, no proofing happens . . .So “word of mouse” stands. And so, my friend’s ebook stands out in my mind. He made it memorable by not editing. But the memory is not a good one. I think about that book each time I hire a writer on Elance or Odesk or face-to-face. Outsourcing simply means he did not write the book – it doesn’t mean that the book was written by a non-native speaker which brings us back to the education issue.

Does quality of education matter?

If you believe that understanding the fundamentals of reading, writing and arithmetic are important, you are in the minority now. Regularly I have students push back when I exhort them to understand the basics instead of working the fancy problems. Sometimes they even complain to headquarters about it.We want to work the fancy problems, but we don’t have the skills to do so. 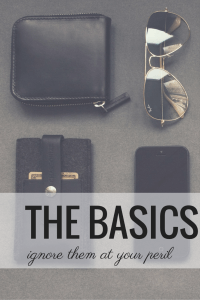 Example:Student A was too proud to dial back to the basic math that I encouraged him to use. He resisted me, then relented and acknowldeged that the drills helped. As the instructor, I recommended the drills because he stunk at multiplication and had serious anxiety. Basic drills are the fastest way to curb both issues . . .Result: Student A kept up the back-and-forth complain then acquiesce behavior and ended up with a score of 640 when test day rolled around. This effectively takes him out of contention for any of the business school programs he was considering, and certainly puts him at a serious disadvantage when applying to any top 10 program. Student B however was keen to get his ultimate goal which includes b-school options. A good test score opens those options so he was game-on for whatever would get him there. He was weaker on math than student A, and about the same on verbal. Student B gave no grief when it came time to dial back and do drills. In other words, Student B did the basics. He didn’t quite get as far as “embracing” the basics, but he did them without complaint. Result: Student B managed to hit 710 on test day. That qualifies as a perfectly acceptable score for any business school, including the top 5 schools. It won’t get him in, but it also won’t keep him out. Both students prepared for the test in 2 weeks. Same duration, same environment – one block away from each other. It all comes down to understanding the basics. The students who do, will out-score their peers. Period. But, in school, we encourage kids to think that rote activities such as multiplication tables are beneath them. That memorizing the Krebs Cycle will cramp their creative learning styles….Baloney. Schools that require students to do these drills and countries who center their education on drills are the very ones who make the gains academically. They are the ones out-testing the US (by an outrageous amount) on not only the ability to do the drills . . . but also on the ability to apply concepts in complex problem solving capacities. In other words, the very creative problem solving that we claim we encourage in our students is HAMPERED by not requiring the students to learn the basics. Until you master the basics you are hacking. We are producing a generation of illiterate hackers, the kinds of students who would write about “word of mouse” advertising.

WHAT DO YOU THINK?

DIAL BACK TO THE BASICS or KEEP PRESSING FORWARD?

Leave your comments below.