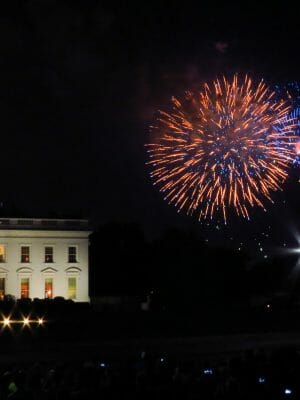 The Fourth of July is my favorite holiday. There is no better birthday than to celebrate the continued life of what was conceived as a great experiment 234 years ago. We’ve come a long way in 234 years….

A quick refresher of the opening preamble of the Constitution of the United States:

We the people of the United States, in Order to form a more perfect Union, establish Justice, insure domestic Tranquility, provide for the common defense, promote the general Welfare, and secure the Blessings of Liberty to ourselves and our Posterity, do ordain and establish this Constitution for the United States of America. 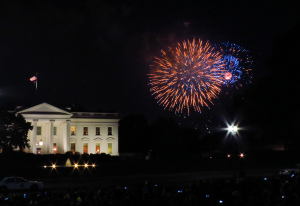 Some Amendments we hear about daily – at least in Texas – right the bear arms, freedom of speech, but what about some lesser known amendments to spice up your conversation today . . .

The powers not delegated to the United Statesby the Constitution, nor prohibited by it to the States, are reserved to the States respectively, or to the people.

The Congress shall have power to lay and collect taxes on income, from whatever source derived, without apportionment among the several States, and without regard to any census or enumeration.

Nothing beats our Declaration of Independence for stirring sentiments.

WHEN in the Course of human Events, it becomes necessary for one People to dissolve the Political Bands which have connected them with another, and to assume among the Powers of the Earth, the separate and equal Station to which the Laws of Nature and of Nature’s God entitle them, a decent Respect to the Opinions of Mankind requires that they should declare the causes which impel them to Separation.

WE hold these Truths to be self-evident, that all Men are created equal, that they are endowed by their Creator with certain unalienable Rights, that among these are Life, Liberty, and the Pursuit of Happiness – That to secure these Rights, Governments are instituted among Men, deriving their just Powers from the Consent of the Governed, that whenever any Form of Government becomes destructive of the Ends, it is the Right of the People to alter or abolish it, and to institute new Government, laying its Foundation on such Principles, and organizing its Powers in such Form, as to them shall seem most likely to effect thier Safety and Happiness.

That is one long, meaty sentence. For my GMAT students, imagine seeing that one underlined…. Notice the parallel structure.

Remember, we created this country and it is up to us to keep it alive and well. It is a choice we make each day.