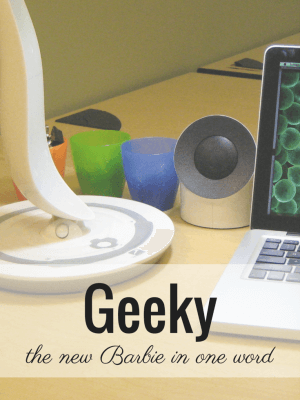 How great! Barbie is officially geeking out.

The Wall Street Journal reports that Computer Scientist won the popular vote for What career would you like Barbie (sadly, WSJ changed paywall access, buggars) to have next. The vote ultimately split between the under tweens and the adults. Adults pushed for Computer Scientist and the little girls pushed for Anchorwoman. Lots of little Katie Courics on the way.

Computer Scientist Barbie is black legging clad with dashes of bright pink. She is however wearing what appear to be jellies – flat shoes – this writer disapproves. Given Barbie’s natural propensity for heels this is not a match. Barbie is built for heels. 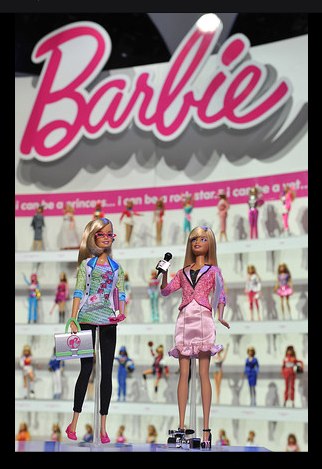 Actually, why is she wearing a handbag across her body, AND carrying a silver briefcase? Computer Scientist Barbie will have no trouble getting the rest of the lab to schlep her servers.

Apologies, that was terribly sexist of me.

I guess Mattel wants to convey an image that Computer Scientist Barbie is practical. You’re just as likely to see her at the Moscone Center for Apple World as you are to see her in Vegas for CES. I just can’t imagine her at an academic conference. Can you? The other speakers will be upstaged just because she walks in the room.

She glides between uber-geeks who live in labs and the rest of us who consume the products the lab rats conceive. 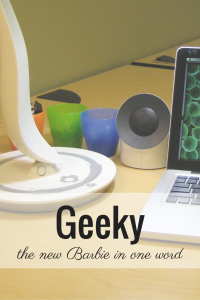 She is the poster child for science. And it’s about time someone put a pretty face on computer science.

In 2008, women received only 18% of computer science degrees, down from 37% in 1985, according to the National Center for Women & Information Technology.

At all ages we gravitate toward shiny, pretty things. If little girls play with a Comp Sci Barbie, perhaps they’ll be inspired to follow that path.

So the Big Question: MAC vs PC?

Who are we kidding?

Look at the way she is dressed. Bright green, Turquoise, splashes of hot pink . . . over black tights . . . pink shoes (though freakishly flat shoes) . . . this Barbie is a Mac.

If they had put her in a black turtleneck Jobs would’ve sued for trademark infringement.

Or she might’ve been confused for a ballerina.

Maybe the Ken doll will be PC.

What do you think about Computer Scientist Barbie?

1 thought on “Hot Nerds – Barbie Dedicates Herself to Science”