Did you mother ever ask you, “If other kids stripped down, painted their butts red and went running down the street, would you do that too?”

Right, probably not, but that is how I was taught to deal with peer pressure . . . it also probably explains my occasional exhibitionist tendencies. Really, what’s so bad about running around nakers with a red bum? 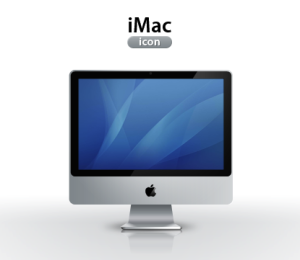 So WTF? I bought a Mac on Wednesday. My PC’s days were numbered and well, enough peer pressure, damn cool, sexy black turtlenecks and flashy graphics – I did it. I DRANK THE KOOL AID.

That being said, the new interface is . . . well . . . taking time. I have to use a mouse again. Bah. I have to divine programs that may not exist, ugh. So truthfully, I am writing from the PC. That being said, I am determined to master the mac before Christmas sales season – that gives me two weeks. If I start to look like Stevie Jobs (or Stevie Nicks for that matter), shoot me, return the iMac and go on about your business.

I must give Kudos to Alex, my Apple guy. He was quite patient and naturally realized both the sale and my need for the one-on-one tutoring. At a whopping $99 for an entire year’s worth of weekly one hour one-on-one training sessions with my machine, face-to-face, I know a bargain. I suspect my apple store has no idea what storm is brewing! God save them.

Genius Bar you say? Yes, I know, no additional fee, but is $99 worth jumping first in line with fully confirmed appointment booked up to two weeks in advance? Yes. Period. Plus they transfer all my data and arrange my stuff the way I have on my PC so I can search and freak out less. Done, done.