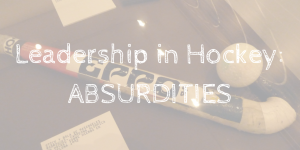 This week’s sports stat is a small collection of hockey absurds.

1. Wayne Gretzky has left the building.

2. Sean Avery is more interested in Fashion than Forward.

1. Wayne Gretzky has left the building. No, he’s not dead (he wasn’t that lively last time I saw him…), but he has retired as coach of the Phoenix desert weasels. Is this a sign that the team is moving to Canada?

Gretzky missed the preseason games so this is not a complete shock. It certainly does not bode well for the team to stay in Phoenix. And why should they? Jim Balsillie’s offer to purchase is almost DOUBLE the NHL’s scrapped together offer:  $242.5Million versus $140Million. The creditors should be satiated before the league dumps cash for ice in a city that sees snow once a century (last measurable snow on record is 1937).

2. Sean Avery is more interested in Fashion than Forward. Mercedes Benz Fashion Week is over and Avery is back on the ice. Somehow he was too injured to suit up albeit for preseason games while Fashion Week was under sway. Let’s hope he doesn’t break a heel on the ice.

Anyone remember last year when we brought The Spectacle to Dallas? It was an ill-fated, but intriguing attempt to celebratize the Stars. It did bring some excitement. I remember one interview in which he announced that he might like to find a wife and buy a house in HP, own his own fashion line specializing in cashmere track suits, and enjoy running in Dallas. Random, yes.

Living in HP, I had mixed feelings about seeing him on my running routes. But it was not to be. He didn’t play well with others – he would eat by himself, not with the team, and he made some rather inappropriate remarks, which allowed us to dump him like a sack of potatoes.

Sadly, we could not dump his salary. Still paying for that one….

11 thoughts on “Leadership in Hockey: Absurdities”