A big thank you to those who have served and those who will serve. Bob Parsons, the Chief Nutty-Nut at GoDaddy.com creates a rousing tribute to the Marine Corps each year in celebration of the evening at Tun Tavern in Philadelphia, November 10, 1775.

The Few, The Proud. 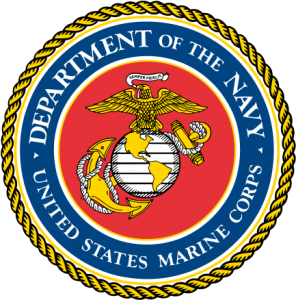 I had the great fortune of being invited to play on the Marine Corps obstacle course while at Texas A&M. I was out there for fun, but everyone else was there to train. Some were enlisted, some were officers, but the course was always full of soon-to-be-soldiers preparing themselves for their eventual commission. I had one of my first teaching gigs on that obstacle course. The Gunnery Sergeant, Gunny Tolliver, asked me to train a few female enlisted through the skills course. Apparently I had a “unique” way of navigating the course borne out of my negligible upper body strength. I will never forget climbing that 3-story rope at the end of the course…. AMAZING**.

The Marines are considered the most cost effective branch of our armed services with cash outlay $20,000 less than that for soldiers in the other branches…. The Marines intense focus on 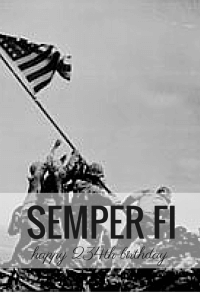 discipline and precision is unmatched by the other branches at large. They swim, shoot and now even have their own Martial Arts program. USMC knows no bounds when it comes to kicking ass and taking names.

**Incidentally, climbing that rope after a few beers was SIGNIFICANTLY more difficult. We tried that one night after quality time at the bird. Not successful on that attempt.