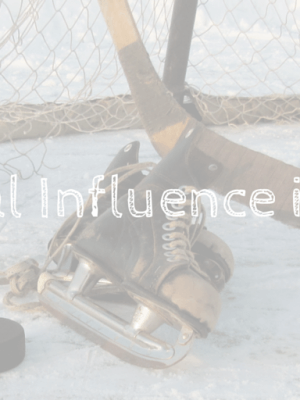 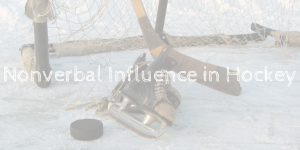 This week’s sports stat is back to hockey. I do my best to mix in the sports, but . . . I guess I have a first love. Growing up it was football – Joe Montana – no competition, but for business, it’s been hockey. Every game is like watching the life cycle of a business.

Constantly changing market conditions = opposing team changing lineup
Hiring and firing of employees = Methodical but necessary attrition of team members (is there really a trade deadline??)
It’s not whether you win or lose today, what can you do for the long haul?
Endurance, perseverance, tenacity

So how about a little nonverbal influence in hockey.

Do the teams who have better boxers go the long haul? Is there a correlation with post season success and fisticuffs? Specifically are teams who earn the most fighting majors – 5 minute penalties for throwing off gloves and socking each other until someone falls over – are they the teams who make it to the playoffs?

While this is similar to the post on Penalty Minutes versus Team Performance, it isn’t quite the same, and it gives me an excuse to pour over a few spreadsheets.

So the numerical correlation between teams that do well in the post season and the number of major penalties during the year is -.31. Translated to English there is a reasonable tendancy for teams that DO NOT earn fighting majors to do very well in post season. Indeed, in the seasons that a team went deep in the playoffs they typically received the fewest majors during the regular season.

So is that the whole story?

In the comparison of post season majors to post season finishes, the correlation is +.31. In English – there is a tendency for those teams who throw punches in the post season to make it all the way….

As it turns out,the smart teams are saving their punches for post season.

P.S. Thank you to the post-gazette for the photo in the featured content slideshow of little desert weasel Carcillo (a punk by any other name would not be so punky) landing a punch.