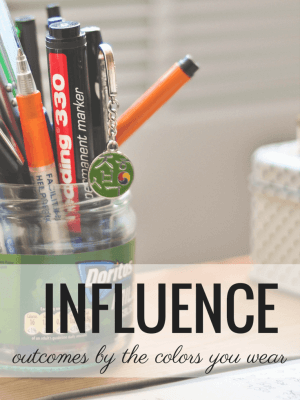 If you knew that the color you were wearing could influence the outcome of a game/deal/date, would you change what you are wearing?

What’s Color got to do with it? 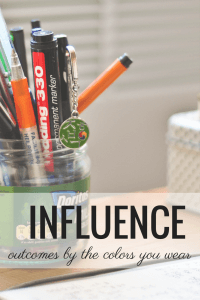 Are TEAL uniforms (San Jose Sharks) killing any chance for a cup?

This week we look at uniform color.

Does it surprise you that teams wearing a black uniform have more penalties called on them than other teams?

Back in the Day, when Oakland had a team and town full of bad-to-the-bone, they would tell you that it was their prison break mentality that brought the punishment from officials (this was 30 years ago…).

Turns out we can verify that referees will call more penalties on teams wearing black than on other teams. The best example of this experiment pitted referees against a video broadcast of a football game.

GAME 1: Referees were instructed to analyze the play as if they were on the field. The defence wore white, the offense wore red.

The rest of the story, the film was of the same play. In other words, literally the only change was the team wearing the white jersey versus the black jersey. Same, staged play. Same team. Totally choreographed. 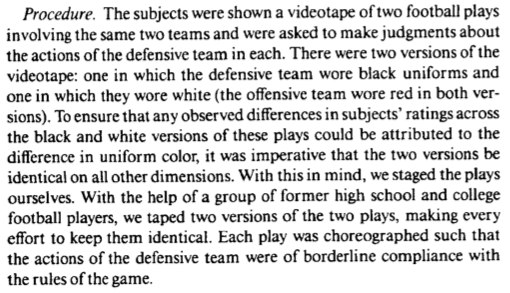 When the team is wearing black, more penalties are called. By a 3 to 1 margin. Does that translate to reducing penalties by 67% if you switch from a black jersey to another color. No. This experiment was conducted with 2 plays so, limited data. But powerful.

There’s another outcome that very few who have heard of this experiment know. If the referee is watching the game in black and white – no color – the penalty calls between game 1 and game 2 fall out. In other words, if the ref can’t tell whether a team is wearing black, red, blue, etc. he calls the same amount of penalties for the dark team as he does for the white team. It is specifically black that garners the penalties.

It’s an interesting paper even if 20 years old.

What would you do if you knew that creating visual cues could influence the outcome of the game? 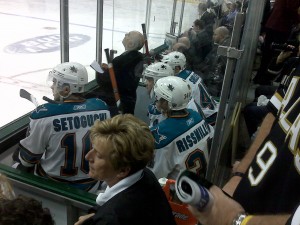 So what about those Sharks? They demonstrate more aggression on ice, have more penalty time than most teams and yet, no cup to show for it . . . that picture above is of a game here in Dallas. I had to stand on my seat to get all 4 of the guys in the photo. That’s 4, yes, 4 San Jose Sharks in the bin. There are only 5 guys and a goalie on the ice. (Goalies aren’t guys, we’re not sure what they are). Maybe the Teal brings out the mean. But it isn’t fooling anyone else. They may have fewer penalties called against them, but as mentioned before, they haven’t figured out how to capitalize on that benefit. Optimization opportunity if there ever was one.

Frank, Mark G., and Gilovich, Thomas, “The Dark Side of Self- and Social Perception: Black Uniforms and Aggression in Professional Sports”, Journal of Personality and Social Psychology, 1988, 54:1:74-85