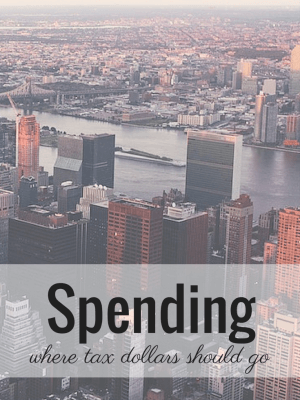 So here’s a question for you:

Increasing the tax burden on small employers to increase the unemployment benefit keeps us from creating an actual job for a flesh and blood human.  This is a bit of a hot topic as the Obama administration is promoting their 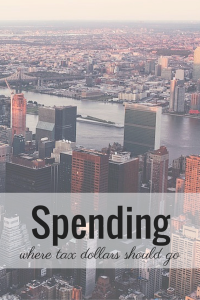 “we know better than you do” economic policies with a heavy PR blitz. As part of the blitz, Alan Blinder published on the Wall Street Journal Opinion page, “Obama’s Fiscal Priorities Are Right,” July 19. There is one item on which I can agree with Mr. Blinder, “Finding the right level  of unemployment insurance . . . (is) a tricky calculation.” We diverge based on his faulty assumptions, namely the idea that ending the Bush tax cuts will simply reduce top-level consumer spending, but that lower level spending will more than make up for the loss at the top.

Unemployment benefits are a gift, not stimulus. We fund the insurance to help folks get back on their feet. We offer gifts out of compassion. Never mind the slippery slope to legislating compassion, the administration is now telling you to give more to people you don’t know than to those you do (by way of government agency – angry yet?).

Blinder’s main problem rests in his version of spending a dollar. One dollar to a hungry person is $1 spent on food. The net expansion for our economy is zero. One dollar out, one dollar back in.

It isn’t the consumer spending we should be worried about, but rather the amount of money these upper-middle 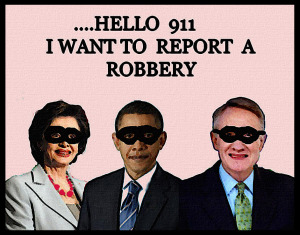 class earners pump back into their small businesses. Of those earning more than $200,000/year, roughly 2% of the population who pay almost 44% of the taxes, the IRS states (2007) that 1.4 million participate in S-corp and Partnerships, reporting an average of $317,000 per return. Sole proprietorship and small C-corp are included in the larger group of 3.8 million who report an average of $309,000. As a business owner you can generate more by reinvesting, and so we do, until we feel that we can’t get anything else out of reinvesting.

Real jobs to real people or just more dollars into the tax bin?

Of all the points he mixes together, Mr. Blinder comments that extending unemployment benefits will be a net job creator. Fascinatingly, he is a professor of Economics. He even admits, “Economics research suggests they are right,” referring to those who suggest extending benefits will increase unemployment. Yet, he stands by the administration’s idea that this will be a job creator. How?

My mom told me many years ago, “Sometimes the best thing a boss can do, is not say no.” The heaping regulation and painful taxing regime is tantamount to a big NO from the US Government when we want to grow.

Extending the unemployment benefits is cash out of our pockets to divide among those who get neither enough to create their own opportunities, nor enough to actually live. The Judgment of King Solomon comes to mind, Obama’s policy is effectively cutting the child to divide between the mothers….

Other items you may enjoy:
FORBES and the Forgotten Employer

City of Oakland is bad at Math – this gem explains how many police officers are being laid off to support the Oakland City budget. Here’s a great idea for advertising your city . . . Grand Theft is no longer illegal in Oakland, Criminals Play for Free.

If you want to look at the data the IRS collects (link broken as of 2018) – loads of tables, crank up excel and have a good time.