So long time ago when I was a wee little lass in college I worked with a not-for-profit which of course is different from a not-profitable – but that’s another story for another day. 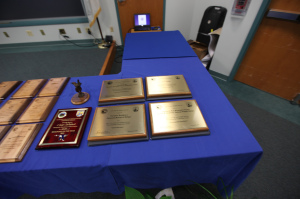 In those sweetly innocent days I thought, gee whiz, when start running real businesses with employees who I can afford to pay, things will be so much different . . . (and here’s the kicker), it will be sooooo much easier to get the level of performance I want out of folks.

So now almost 10 years post college what are my thoughts on the matter? Damn. I’d say I couldn’t have been more wrong, but no doubt I’d prove myself even more wrong so I’ll keep my mouth shut about that.

Incentives are everything, but money is not. A lazy bum employee will not be more motivated no matter how much money or even how little you pay him. Indeed, sometimes a bad apple employee is next to impossible to get rid of because as an employer you have to cover your hide 15 ways to (not avoid but) reduce the damages of a potential lawsuit. It’s like these weasels KNOW how to stay employed, just barely.

I’d take one rockstar employee over 50 1/4 skill employees any day. What’s that you say? The math doesn’t add up? Actually, it does. One Rockstar employee is so much easier to deal with that I’d rather get less work done initially than have 50 babies to feed. Besides, once you have 1 rockstar, other rockstars want to come play too. Kind of like dating. The hotties don’t want to date you unless you’re already dating hotties. The best rockstar employees are like the hotties.

So, I take back my thought that it would be easier when I could pay people properly, because bribing my not-for-profit staff with free pizza was waaaaay easier than making payroll each week realizing emplyee X isn’t making the grade, but to replace employee X will cost me 3x and I don’t have it to spend. Bloody, bleep, bleep.

Back to the drawing board.