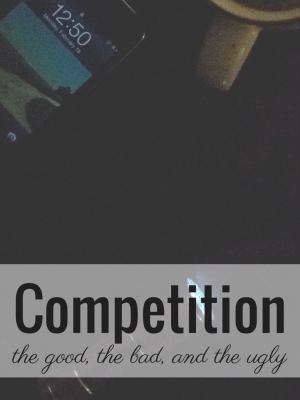 Lionel Tiger shares the history of monkeys and medal in his latest Op-Ed piece for the Wall Street Journal. He posits that there is a biological need for humans to have games such as the Olympics

Like our primate cousins, competition is in our blood.

Is this just more justification for what my less athletically-inclined friends call ‘testosterone-fueled’ children’s games?

Or is there a verifiable, quantifiable biological need?

So it turns out that our need for the games and the rewards of winning games is not fueled by testosterone, but rather serotonin. Serotonin is the substance that various pharmaceutical companies are trying to help you produce. It can heal wounds, regulate intestinal movements, but is perhaps most famous for fighting depression.

Wikipedia shares the following on Serotonin:

…How much food an animal gets does not only depend on the abundance of food but also on the animal’s ability to compete with others. This is especially true for social animals where the stronger individuals might steal food from the weaker. Thus serotonin is not only involved in the perception of food availability but also of social rank. If a lobster is injected with serotonin, it behaves like a dominant animal . . .

So how does this fit into our quest for athletic glory?

The gold medal winners get an increase in serotonin. From Silver on down . . . a decrease.Even more powerful, those who had gold before and lose their dominance have their serotonin levels crash well below the norm for the group as a whole. The Wikipedia article gets into the less pleasant aspects of that including an elevated (2x) suicide rate for the once-time dominant, now knocked out of position.

Which makes me think of animal herds and corporate entities. If you have watched a nature/discovery/science channel, you have seen the effects of a lion losing dominance – game over. In some herds the rest of the herd will kill the losing, once dominant animal if the fight for dominance did not dispatch him properly.  Where do ousted CEOs go?

Turns out games aren’t just for finishing. They’re for winning.

1 thought on “Stat of the Week – Monkeys and Medals”