Try, try, try again and one day you’ll get it . . . heard that one before? Turns out that may not be so helpful after all. Save some time and get a better result by utilizing this short cut.

New research coming out of the clever folks at MIT’s Picower Institute for Learning and Memory including professor Earl Miller indicates that our ability to process information is actually enhanced by doing something successfully just before the new information is introduced. The research is introduced in an article in Neuron, the July 30th issue. 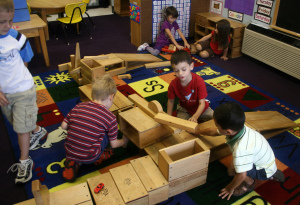 The abstract states, “Learning from experience requires knowing whether a past action resulted in a desired outcome. The prefrontal cortex and basal ganglia are thought to play key roles in such learning of arbitrary stimulus-response associations. Previous studies have found neural activity in these areas, similar to dopaminergic neurons’ signals, that transiently reflect whether a response is correct or incorrect. However, it is unclear how this transient activity, which fades in under a second, influences actions that occur much later. Here, we report that single neurons in both areas show sustained, persistent outcome-related responses. Moreover, single behavioral outcomes influence future neural activity and behavior: behavioral responses are more often correct and single neurons more accurately discriminate between the possible responses when the previous response was correct. These long-lasting signals about trial outcome provide a way to link one action to the next and may allow reward signals to be combined over time to implement successful learning.”

This absolutely jives with what I have seen in my ManhattanGMAT students. When student warms up with an easy problem she is more likely to get the next question of any level correct.

What is perhaps more interesting is that they did not find a lingering signal after an incorrect answer. “But after an error there was no improvement. In other words, only after successes, not failures, did brain processing and the monkey’s [learning] behavior improve.”

This certainly gives me ideas of how to improve my private course materials and team facilitation exercises. If we are to maximize an individual’s performance, a series of building successes seems appropriate. But, is there a way to circumvent the process? I continue to dig ways to expedite the learning process and maximize cognition.

P.S. To find the article you’ll have to hunt down a copy of Neuron. Your best bet is to find a medical school library. Even very large, well funded public libraries do not carry it.

1 thought on “Success leads to Success”