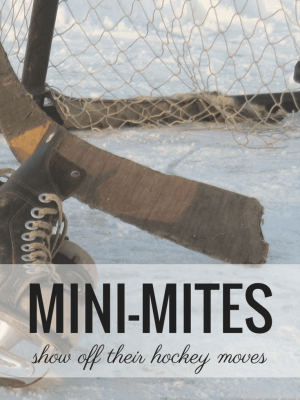 If you haven’t seen the latest in mini-mite super stars, check out this video of a 9 year old. Now this trick is a learned trick and wouldn’t fly in the NHL (puck must be moving forward at all times – this one doesn’t), but come on, it’s pretty cool to watch.

Fair warning, this video has more camera angles than a Versus broadcast.

The kid’s father played in the Swedish elite league for 9 years so Junior is not new to hockey. Just goes to show what the right environment produces. Junior is playing with the 12 year olds.

I love the look on the goalie’s face. That’s a WTF if I ever saw one. Look at the way his hand is upturned after the shot goes through. You can see his shock even through the goalie mask.

Expect a rush of kids making crazy hockey shots over the next several months. Nothing like healthy competition.