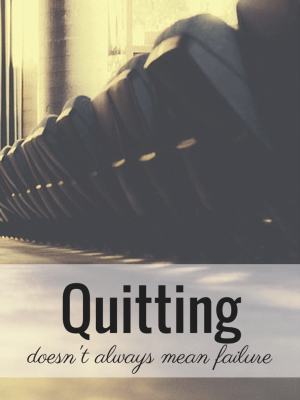 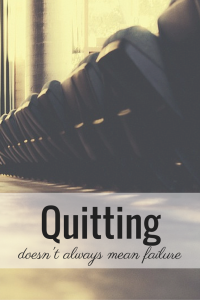 The most obvious expression of talent is that which is shown externally. A fast athlete,the top of the class, MacArthur grants . . . some talent is innate, the rest is cultivated. Can we do better cultivating the good stuff? That might depend – what is our definition of the good stuff?

We fixate on the stories of someone with extraordinary talent who never quite gets it done, perhaps because substance abuse interferes, or of someone who didn’t look like much in high school only to run a very successful company years later. Sure, those are the tail end of the bell curve, easy to get the imagination going.

But more important to actual talent is knowing when to say when, knowing when to quit. A huge part of encouraging talent is actually stopping less talent-worthy activities. It may be obvious that you stop skiing after the 5th major fall. For some that is the decision point of yes, I can be a world class skier, but for most of us, that will be the time to put away the skis. If you are one of the ones who would put the skis away eventually, why not do it earlier?

In other words, if you are ultimately going to quit, why not quit sooner? Quitting sooner allows you to spend the energy that would have been slushing the slopes on other activities, perhaps activities at which you can excel. Activities you won’t quit.

It never had to be about beating Netflix. It could have been about changing the game. Blockbuster had a tremendous opportunity to utilize something Netflix doesn’t have. Space. Physical space. Space where people can rub noses and bump iPhones. As it turns out those under 27 are so plugged in, and have been their entire lives, that they go out to plug in. My grandmother cannot understand why at a table full of college students, all of the students are on the phone talking to someone not at the table. These folks are so plugged in that they actually seek public places to plug in in order to feel connected, because being on the phone is no longer enough to feel connected.

To those over 35, it’s just rude and ridiculous. But ask someone under 27 why he is on the phone when he is at a table with 3 other people, and he won’t even understand the question. Wild, yes? Game changer, certainly.

Coulda, woulda, shoulda, Blockbuster still has a chance to to turn this around, but after reading their 10-k I am even more discouraged by the prospects. The 10-k focuses on “video rental distribution” as though that is the business model. They should quit referring to their business as video distribution. They have to spend a page discussing the effect of Piracy on the bottom line – in other words, they’re busy counting pennies instead of creating dollars.

Too bad they seem so stuck in neutral. It’s as though they are just waiting for someone to tell them what to do…. The Blockbuster I watched growing up was more of a data driven company. They were effectively pioneers are geo-targeting. They had databases that connected local potential customers and their tastes to the local store. So some stores carried 5 copies of Die Hard and other stores carried 50 copies. This may seem obvious now, but it wasn’t as obvious or as easy to execute successfully in the late 1980s.

I spent a few blog posts creating potential action items for Blockbuster on our corporate site under Blockbuster Bankruptcy. Please add your thoughts.

Instead of focusing on what Blockbuster can do with excellence, they are playing catch up in game they don’t even want to admit they are playing. I had occasion to chat with Jim Keyes 2 years ago. He is a nice guy and a smart man. We talked more about real estate and less about providing obscure video selections (the perceived Netflix model – not quite right, but …). So why are they pretending to chase Netflix when they could be crushing it with a different concept?

What do you think Blockbuster should do to turn itself around?

As a side note: Carl Ichan left the Board of Blockbuster this spring before they were delisted at NYSE (ouch!). How many of the companies on which he sits as a Board member are successful? I’m asking. If you happen to know, I’d be mighty obliged.