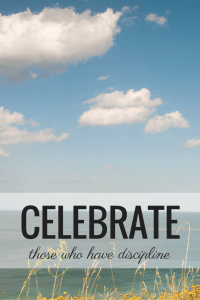 As much as I push to find pockets of excellence whether they be academic, athletic, artistic or some combination thereof, excellence is what I “do.”

It’s my research it, my downtime reading, and to paraphrase Austin Powers, “it’s my bag, baby.”

What hit me today was the idea concerning weight loss.

So here’s the epiphany, why don’t we celebrate the folks who didn’t gain the extra weight to begin with?

Before you respond with the comment about media unfairly perpetuating models who are too thin, blah, blah, blah, save it. It isn’t about thick or thin, it is about self control.

If you surround yourself with slobs you will become one. I was reminded of this as I sat on a flight next to a person who proceded to eat out of a dunkin donuts bag . . . now, it was a flight departing from Newark, so you can’t be faulted too much when there are so few options (there were better options, but…). It wasn’t the Dunkin Donuts bag . . .

It was the way she was eating.

The food was taken from bag to mouth in one motion and then she took the heel of her palm to shove in any straggling pieces.

There is no way she was tasting that food.

There was no way she was even aware of the food.

Sadly, she might as well have had a trough attached to her.

Each time the heel of her palm reach her lips a few crumbs would drop onto her blouse.

If she was enjoying the food, she would have picked up the crumbs to savor them. But she didn’t. Instead they rested somewhere in the folds of her blouse on her not particularly large, but noticeable belly.

You may be screaming that I don’t know what she is dealing with – divorce, death, career stress – you’re right, I don’t know. I did talk to her for 45 minutes. We talked about mainstreaming the refuge children in Dallas, we talked about excellence in schools and culture shock for the refuges. A pleasant conversation. She is a school teacher to children of refuge families.

But, will she be better off when she comes out of that depression (if there is one) with extra pounds packed on or will the pounds help her spiral even further down?

How do you have an intervention for a loved one when you see him/her doing the same?

It’s okay to call someone out for being an alcoholic, but you’re a brat if you call someone out for being out-of-control with their weight. I remember my Uncle Harold professing that everyone (expect him) in the family was fat. It was interesting to be standing in front of him and included in that mix given that I weighed 105 pounds at 5’6″. Some people want to belittle others for the sake of ego strokes. He’s famous for it so we don’t take him too seriously.

This is not that.

This is concern about the state of healthy physical, mental and emotional that is destroying our ability to be productive personally and as a country.

So again, how do you have an intervention for a loved one who is 60+ pounds over weight?

Something has got to give. I can’t afford to pay health insurance for these folks who aren’t taking care of themselves.

We need to incentivize the RIGHT behaviors. How do we fix this??

16 thoughts on “Your Sphere of Influence”